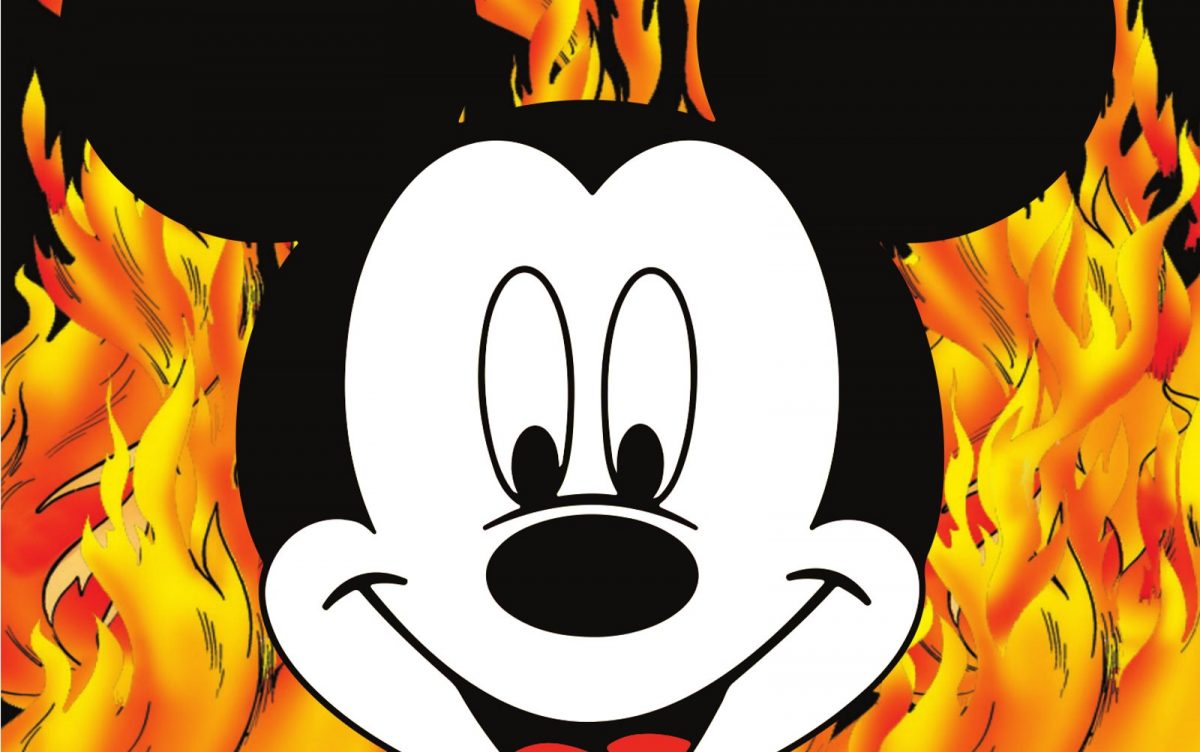 “Mickey Mouse goes to hell” seems like the premise of an underground cartoon, but it’s the basis of a genuine Disney product. Mickey’s Inferno, part of Papercutz-published Disney Great Parodies series, was originally made by Italians Guido Martina (original writer) and Angelo Bioletti (artist). Inferno’s first appearance in the U.S. was in abridged form in Walt Disney’s Comics & Stories #666 (heh, heh), but this Papercutz version is the complete comic with a newly adapted script by Stefan Petrucha.

Mickey, having finished performing as Dante with Goofy as Dante’s guide, Virgil, is hypnotized to believe he’s really Dante by Morty the Mesmerist with instigation from Peg Leg Pete. While Mickey and Goofy are studying Inferno at the library, Mickey is transported into the book and gets to reenact the cantos of Inferno “for real.” It’s up to Mickey-as-Dante and Goofy-as-Virgil to use their wits (Virgil is supposed to have wits…) to survive and escape.

The results of the creators’ efforts making Mickey’s Inferno is… cute. Not literally cute as Disneyfied Hell is recognizably a realm of eternal torment. The terza rima rhyming narration is faithful to Dante, but I didn’t really get into it. I also had a hard time telling who’s doing the narrating at times. That said, I enjoyed Donald Duck’s role in Mickey’s journey. Bioletti’s artwork is fine allowing just enough visual whimsy to not make the story too grim. Mickey’s Inferno is an amusing curiosity, but understanding Dante’s Divine Comedy is needed.